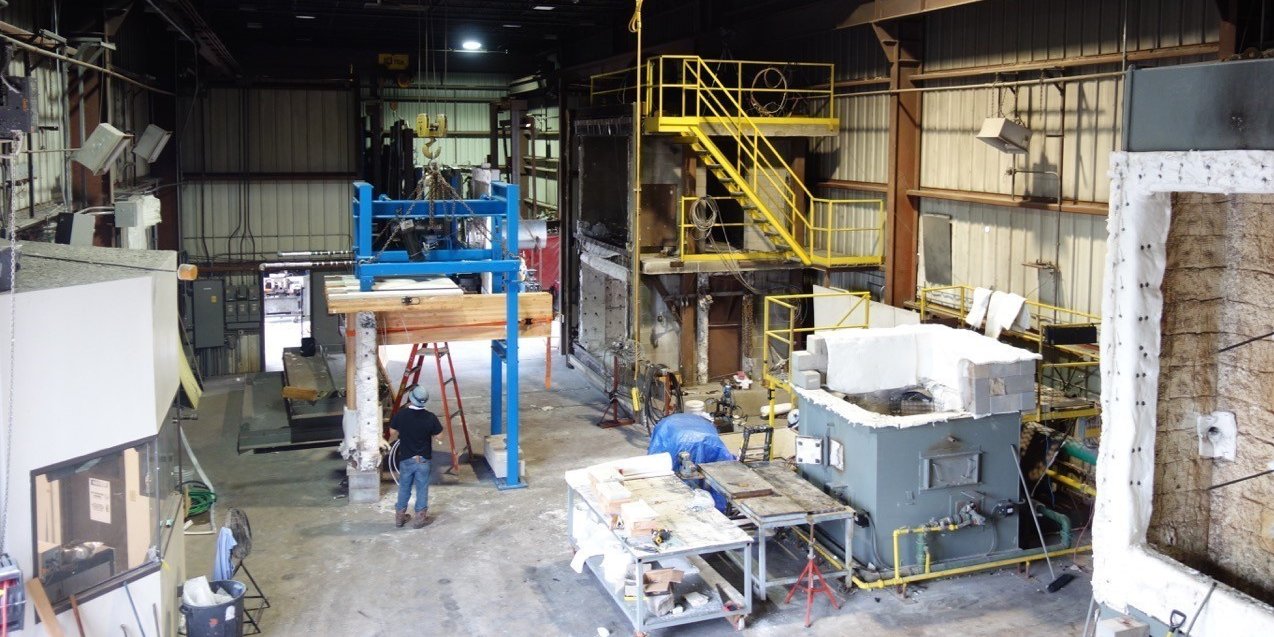 The mass timber components designed for Framework - the first wood high rise to receive approval for construction in the U.S. in 2017 - were the first in the world to pass two-hour fire tests demonstrating their safety for high-rise construction. Because the design is over 85', our team of partners had to demonstrate that the structural components could resist a fire for two hours without losing their load-bearing capacity. This standard code requirement for high-rises gives occupants enough time to evacuate in the event of a fire and allow fire department intervention.

Cross-Laminated Timber (CLT) and other mass timber products perform well in a fire because of their monolithic size. During a fire, mass timber building components develop an insulating char layer at a predictable rate, allowing retention of structural integrity much longer than traditional stick-frame construction. A primary concern for the project's Fire Engineer was ensuring that the steel connections between columns and beams would remain structurally sound when exposed to fire for two hours. The successful completion of the 2-hr ASTM E119 fire tests exceeded this goal.

What is Cross-Laminated Timber?